Arizona, like many of its fellow western states, is a land of paradoxes. Deep canyons give way to rugged snow-capped mountains. Lush forests melt away into arid deserts. Native American reservations dot a state with burgeoning cities like Phoenix and Tempe. Oh, and did I mention the natural wonders scattered about? Much like its neighboring states, Arizona has much to offer the outdoor enthusiast, including great Arizona campgrounds and the most luxurious RV camping resorts of any state. 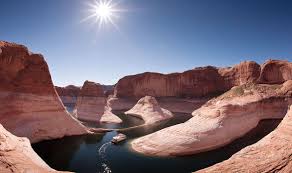 There’s so much to see, you won’t have to worry about being bored during your Arizona tour. Let’s head right to the state’s crown jewel, the Grand Canyon. For decades poets and artists have tried to capture the beauty of this place. The only way to truly soak in the immensity of one of the natural wonders of the world is to step up to the proverbial plate yourself. The 1,900-square-mile canyon took nearly 2 billion years to make, and it was worth the wait.For starters, it’s huge – 11 miles wide and one mile deep at one point. And you’re not alone, for the canyon attracts a wide variety of desert wildlife readily spotted once you get off the beaten path. Another thing you’ll find is tourists, lots and lots of them every summer who all seem to flock to the park’s more popular spots in the South Rim. The North Rim offers a bit more solitude, but roads are not as plentiful as its southern counterpart. It might take some effort, but exploring the more remote and less-frequented sections of the park will reward you with dazzling, natural splendor unlike anywhere in the United States.
Southeast of the Grand Canyon lies the equally impressive Petrified Forest National Park and Painted Desert. Another region eons in the making, these locales offer some beautiful vistas sure to dominate a couple of rolls of film. About the time the dinosaurs ruled the planet, this area was a vast floodplain, where countless trees fell victim to the torrential floods. Millions of years later, the water is gone with the natural treasures of petrified trees remaining. How you choose to see the sights is up to you. The forest offers a pleasant 27-mile drive. You can also put on your walking shoes and explore the several hiking trails found throughout. The northern part of the park offers the Painted Desert, and its name does it justice. Colors, colors, colors.

Along Arizona’s southernmost region sits the 91,000-acre Saguaro National Park. Here visitors can get a firsthand look at the well-preserved Sonoran Desert, a vast expanse that takes up much of Arizona’s southern region. The rolling hills inside the park are sometimes covered with plenty of Saguaro cacti (Arizona’s official state flower, FYI), as well as a wide variety of plants and animals unique to the desert southwest.Just down the road, unique rock formations and unusual landscapes are found throughout the Chiricahua National Monument. Millions of years ago, lava flows covered the region, creating a dense layer of lava rock. Over the years the rocks began to crack and wither away with moisture. The result is truly spectacular – startling rock formations that today make up the Chiricahua Mountains. 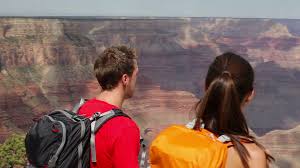 Along the state’s southwest border lies the Organ Pipe Cactus National Monument, which gets its namesake from the giant plants that haunt the park’s terrain. A must-see for anyone visiting Arizona, the park offers two fantastic drives: The 21-mile Ajo Mountain Drive; and the 53-mile Puerto Blanco Drive, which traverses through the Puerto Blanco Mountains (where else?). Consider both tours full day-long excursions. The reward, however, is desert vistas, especially for those who make it up Puerto’s highest point, Pinkley Peak, listed at 3,145 feet.And no trip to Arizona would be complete without a stop at Lake Havasu, with its more than 45 miles of shoreline. Here water enthusiasts of all kinds – canoeists, skiers, boaters and anglers – bask in the area’s more than 300 days of sunshine per year. There are also several guided desert or lake tours, which may include a visit to the Havasu National Wildlife Refuge or to Topock Gorge, one of the last remaining pristine stretches along the Colorado River. Havasue Arizona campgrounds require reservations way in advance during summer months and holiday weekends.

View all posts by Close →